If someone told a young Sayara St. Clair that one day she would be an erotic/paranormal-romance-writing Aussie expat living in Thailand, she would have snort-laughed and yelled, "You. Be. Crazy!" If someone told her the same thing now, she would not yell, only nod solemnly. Because that actually happened. Sayara has a science degree, with majors in both microbiology and biochemistry. Working in the fields of serology and tissue banking, she got to do lots of cool and sometimes slightly weird stuff. She was employed as the manager/buyer for furniture retail stores, where she had a chance to unleash her inner interior decorator. (Interior design is one of her great passions.) And for a time, she taught English to students in Asia. (Hanging about in a roomful of extremely loud, pint-sized humans is not one of her great passions.) She has written: ads for TV, print and radio; real estate brochures; website copy; and a screenplay. Now she's writing fiction and has discovered it's her favorite thing to do. She's also learned that writing sultry romances is so much more fun than writing dry old scientific journal articles. No one has sex in scientific journal articles. Not the ones she wrote anyway. When not writing, she may be most commonly found in a horizontal position reading, in the kitchen baking, in the garden planting, or somewhere else singing at the top of her lungs. She loves music and is prone to spontaneous bouts of dancing. With regards to vampires and chocolate: she bites one on a daily basis and has had a lifelong obsession with the other. And she's not telling which one's which. AWARDS * Solo medalist in Literary Erotica, New Apple Book Awards 2018. * Official selection in eBook Romance/Literary Erotica, New Apple Book Awards 2018.

In less than a week he’ll be dead…Unless she can save him.

A collection of short, steamy tales of women getting together by Lucy Felthouse.

Night Thunder is Rebecca’s protector. Because her kidnappers are from his own tribe, he must claim her as his bride to save her.

Elinor has found her knight in shining armor. Sadly, he’s a ghost who haunts her newly inherited home.

Shooting down the Askole High Commander’s fighter was my first mistake.

The Last Warrior, The Lost Clan Series “A Curse, a Duty and a forbidden Love as wild as the Western Plains.”

Waking a sleeping drakon wasn’t in her plans. Neither was falling in love with him.

Secrets can protect what the truth will destroy.

Reunion Romance, Romantic Suspense, Friends to Lovers, Happily Ever After After. The Chances Trilogy has it all!

Lies can haunt, but the truth will kill.

What if Robin really was a hood?

Can they survive the Louisiana heat and the gunshots long enough to fall in love?

Eris is doing everything she can to survive them while searching for a way back to her time. 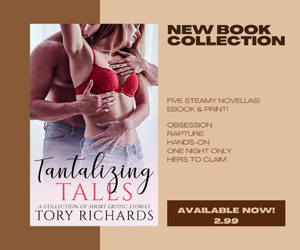