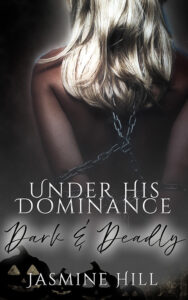 Under His Dominance by Jasmine Hill

Can he keep her forever, under his dominance?

Asmodeus is the Archdemon of lust. Ever since he became a fallen angel, he’s been walking the earth, inciting and encouraging lust and lechery amongst mankind. In his guise of Barrett Lord, he rules over an empire of clubs that cater to the lustful urges and fetishes of humans.

Arianell is special and Asmodeus wants to keep her, but to do so, he’ll have to risk everything. Will she agree to his plans? Or will he lose her forever? 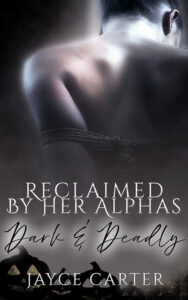 Reclaimed by Her Alphas by Jayce Carter

When Claire fell in love with Bryce, Joshua, and Kaidan, she thought she’d found her happily ever after, but her life seems more trick than treat these days. A year after having their daughter, Claire barely recognizes her own mates. Between their new roles as parents, their exhaustion as they raise a child and Claire’s fears about how her body has changed, they’ve become little more than roommates.

Hoping to give them all a break, Claire throws a Halloween Party for the alphas and omegas of their group. The tension between Claire, Bryce, Joshua, and Kaidan is on display, and their friends are willing to intervene for the good of the foursome, even if that means risqué clothing, a bag of toys, and more than a little manipulation.

Claire and her alphas finally get some time alone…but they’ll have to risk taking off the masks they’ve been hiding behind if they hope to turn their scary story into a Halloween treat.

Reader advisory: This book is linked to The Omega’s Alphas series. 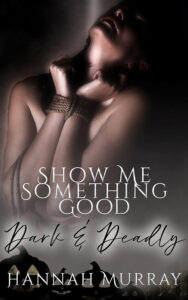 Show Me Something Good by Hannah Murray

Kit Howard loves everything about her job except for one: Nathaniel Saint. Her boss’s grumpy, grouchy twin brother and co-owner of the company is both a thorn in her side and fodder for her fantasies. She does her best to stay out of his way—having a crush on the boss is the reason why the previous executive assistant left, and while that worked out okay for her, Kathleen isn’t willing to risk her job for sex, no matter how good it might be.

Including, apparently, the grumpy, grouchy Nathaniel Saint. Because he just walked in the door, and he’s headed straight for her.

Reader advisory: This book is linked to the Perfect Taboo series.

Jasmine was born in Australia and grew up in Sydney. She currently lives in Madrid, Spain with her husband.

Jasmine loves writing and is always looking for new ideas for stories that will provoke inner passions, stimulate the senses and ignite the imagination.

Her interests include cooking, traveling, yoga and skiing.

Jayce Carter lives in Southern California with her husband and two spawns. She originally wanted to take over the world but realized that would require wearing pants. This led her to choose writing, a completely pants-free occupation. She has a fear of heights yet rock climbs for fun and enjoys making up excuses for not going out and socializing. You can learn more about her at her website.

Hannah has been reading romance novels since she was young enough to have to hide them from her mother. She lives in the Pacific Northwest with her husband—former Special Forces and an OR nurse who writes sci-fi fantasy and acts as In-House Expert on matters pertaining to weapons, tactics, the military, medical conditions, and How Dudes Think—and their daughter, who takes after her father.

Find out more about Hannah at her website and blog.

‹ Dream Demon by Samantha Cayto › All Their Midnights by Kate Hill