I’m so excited about the release of KYLER’S JUSTICE, book 3 of my Assassins of Gravas series.

If you’ve read the Marks Mercenaries series, you might remember that the hero from Salvaging Abby is from Gravas, a highly secretive world with advanced technology and a kickass military. Oh, and their assassins are the best in the known universe.

Gravasian assassins are ghosts, whispers on the wind, and feared by all. Kyler el Darkos is even deadlier, more dangerous. He’s no ordinary assassin. He’s the king’s blade, answering only to the king of Gravas, his loyalty absolute. Few know of his existence. He lives and works alone. Gravasian justice is swift and brutal. His job is to see it carried out. 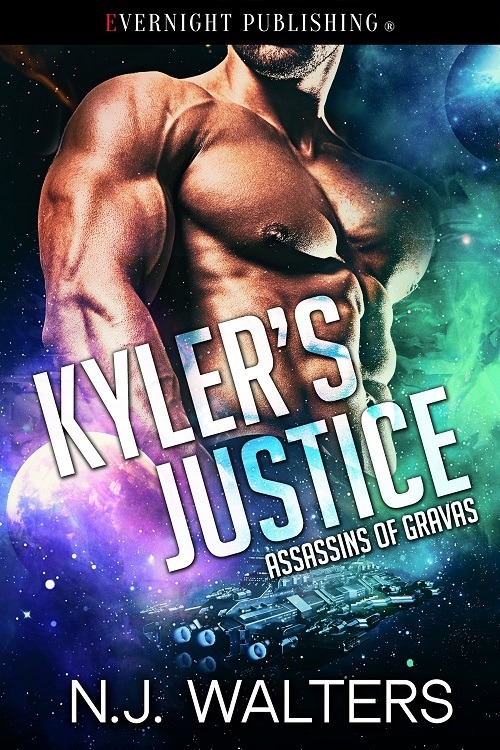 Kyler el Darkos is an elite Gravasian assassin who answers only to the king of Gravas. His mission: Find Balthazar and eliminate him and any of his associates for their part in abducting the king’s son and trying to market stolen Gravasian weapons. His search has brought him to the planet of Mortis and Hell’s Gate, a bar owned by Balthazar’s father. The last thing he expects is to fall for Etta Mortis — his target’s sister — a woman who tempts him to risk his honor for a chance at love.

His honor was tearing him in two. How could he serve his king, keep his vows, and protect Etta?

And why was he willing to risk everything for her?

A trainer had once told him that every man had a hidden weakness. It was up to him to discover and then conquer his. That was the only way he could be the king’s blade. There could be no conflict of loyalties.

Throwing back his head, he roared. The cords of his neck strained as he yelled again and again. The rage inside him threatening to eat him alive.

And if you haven’t already read them, be sure to check out the first two books is the Assassins of Gravas series — SPEAR’S SEARCH and IVAR’S ESCAPE. And watch for book 4 coming soon. 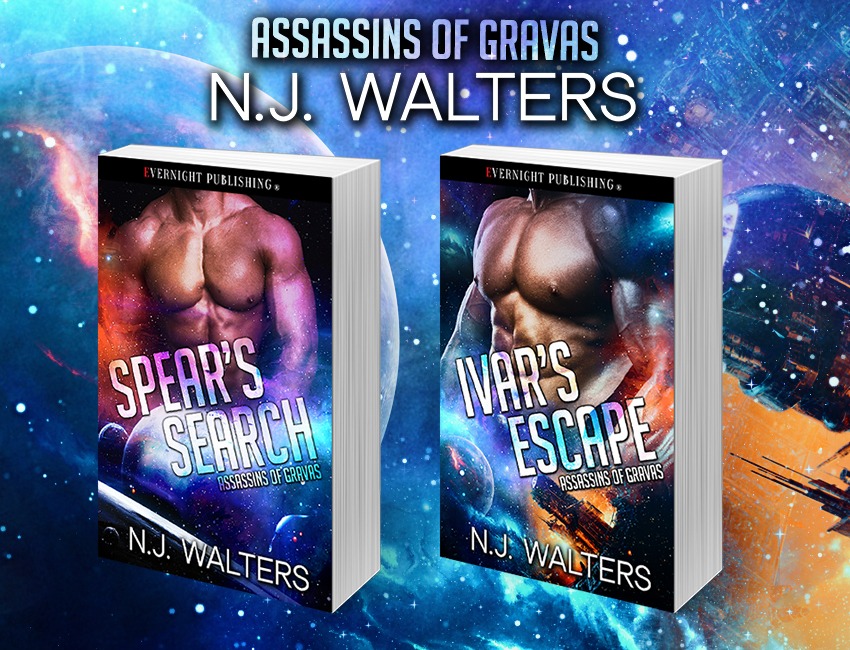 Spear el Gravasoâ€”prince of Gravas and assassin — is on a mission to find his brother. His hunt had led him to an auction of Gravasian weapons that can only belong to the missing man. He needs to secure the items, get any information he can, and kill all those involved. Nothing and no one will stop him.

Sass was taken from a harsh life on the streets as a child and trained to be an assassin by the powerful Artemis. The lives of those she loves is on the line if she fails her mission — to win the auction of Gravasian tech. Only one problem — Spear is in her way.

Their battle escalates, as does the explosive heat between them. When it comes down to it, they can fight each other and one of them will die or they can join forces. But can they trust each other?

Sometimes the best man for the job is a woman.

Ivar el Gravaso — a prince of Gravas — wakes in a prison cell with no idea how he got there or even who he is. If his captor can’t get answers from Ivar, his days are numbered. When a strange woman sneaks into the prison and promises to get him out, he’s suspicious. Is this nothing more than another trick by his captor or is she truly there to help?

Delphi is an assassin sent by the Gravasian government to infiltrate the space pirate stronghold of Tortuga in search of the missing prince. She finds a prisoner who is well-spoken, knowledgeable, and ready to fight, even though he has no idea who he is. He might be her target. It’s difficult to tell due to his ragged appearance. But no way can she leave him behind, no matter who he is.

N.J. Walters is a New York Times and USA Today bestselling author who has always been a voracious reader, and now she spends her days writing novels of her own. Vampires, werewolves, dragons, time-travelers, seductive handymen, and next-door neighbors with smoldering good looks — all vie for her attention. It’s a tough life, but someone’s got to live it.