So Many Ways To Save!

▪ Receive 10% back in reward credits on every purchase to be used on future purchases.
▪ New customers get $5.00 off $20 or more purchase. Coupon added automatically to your shopping cart.
▪ Huge markdowns on books in the Bargain Bin. New books added monthly.
▪ Try a new series and save at least 50% on bundled books! 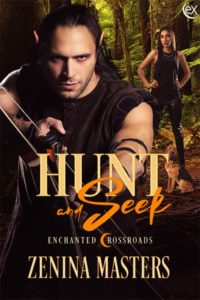 Hunt and Seek by Zenina Masters

Agreeing to the Crossroads for the sake of her mom, the seeker is about to face the hunter that has her in his sites.

Roxanne has spent her adult life as a seeker, looking for fugitives for the guild. She is very good at her job, and she considers the trade of her mother’s medical care for her service to be fair.

When the shifter bride asks her to go to the Crossroads in exchange for some fey healers, Roxanne agrees. Cancer is relentless and forces her hand. She goes to the Crossroads to seek out a mate. She always finds what she is looking for.

Moriven is the best hunter at the guild, and he never misses. When he finds out that Roxanne is at the Crossroads, he heads there immediately, hoping to catch the bloodhound of the guild. There have been rifts between them, but he doesn’t want her marriage to another male to be one of them. 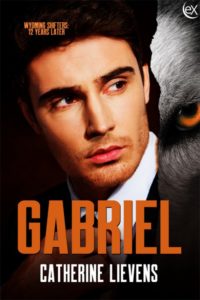 Sometimes the past isn’t as easy to leave behind as we’d like.

Gabriel doesn’t like his life. It’s better than the one he would have if the Gillham pack hadn’t rescued him from the streets, but he’s working himself to the bone to make sure Alice, the woman he considers his sister, gets better opportunities than him. He realized something was eventually going to break a while ago, but he never expected that the reason for it would be his mate.

Cyn is leaving behind the life he’s known until now— including his parents’ money, the job they’d been planning for him, and the arranged marriage they want him to enter. He doesn’t know what he’ll encounter when he goes to Gillham to find his cousin Noah, but it’s not a cute shifter telling him they’re mates. He never expected to have one, since demons don’t have mates, but it’s a perfect way to turn his life around.

If only his mate’s sister didn’t hate him. 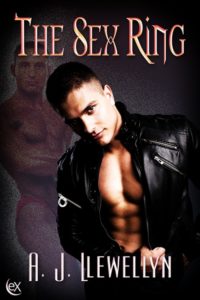 The Sex Ring by A. J. Llewellyn

This book has been previously published.
Edan doesn’t believe in ghosts…so why does he feel compelled to believe the second he’s in possession of THE SEX RING?

Struggling filmmaker Kristofer Edan accepts a cash pay day to model the leather ensembles owned by recently deceased, celebrated artist Rafael Ortiz at an auction. Kristofer soon finds himself coveting one jacket in particular that has an unusual addition– a sex ring dangling from its epaulette.

When Kristofer wins the jacket in a second-chance bid, he’s in for a big surprise…the sex ring seems to have an intense energy, that when in use, conjures up sexual dreams and powers that Kristofer never had before. He soon becomes obsessed with the ring and the dead artist…painting huge canvasses that people say resemble those of Ortiz himself. Kristofer starts to feel the dead man’s presence and senses that Rafael is just as obsessed with him…or…is Kristofer possessed by him? 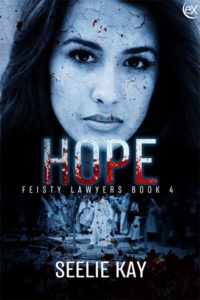 At only age twenty-two, she’s the best Probie the Agency has ever had—until her past catches up with her, leaving her devastated and broken. Without hope.

No one knows what they’re made of until they’re broken. At the tender age of twenty-two, Hope Ali has finally joined the organization of her dreams, the Agency, an elite group of attorneys who go undercover to right wrongs the law can’t. The requirements are stringent, the training exhausting.

After seeking asylum in the United States when she was sixteen, Hope and her father, Sheikh Harun Ali, settled in a quiet Wisconsin town, hiding from those who had placed a price on their heads. Still, she excelled, finishing her university and law school education by the time she was twenty-one.

Now, after breezing through the Agency training program, Hope appears to be indestructible—until she is assigned a simple task during the rescue of an author among the disappeared in the UAE. The task? To distract the woman’s captors until she can be spirited out of the country.

Unfortunately, a member of MISix has other plans. In an attempt to disrupt the Agency’s mission, she tips off one of Hope’s enemies, alerting them to her location. Hope manages to lead the author’s captors on a merry dance, freeing others to rescue her, until she is unexpectedly confronted with a violent angry mob intent on harm.

She is left bloody and broken. No one knows whether Hope’s body or her mind will heal. Suddenly Hope is no longer just her name. It is also the one thing she must embrace to find her new normal. 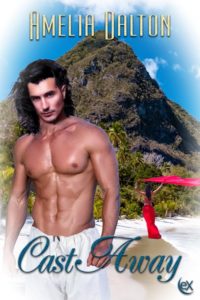 A marooned nobleman must cast off his youthful ways to survive and become a man, even if it means losing the woman he has just learned how to love.

The heir of a Duke, betrothed to a daughter of his king, Jeremy Nottingdale thought he knew what life had in store for him until his uncle threw him overboard. Accustomed to a life of privilege and pampering, Jeremy is suddenly faced with the challenge to survive. Cast Away tells of Jeremy’s transformation from a spoiled aristocrat to a respectful nobleman not only because of his time marooned on an island, but also because of the woman he finds there. Beautiful, intelligent, and resourceful Sanura is an enigma. Rather than seduce her, as would be his usual wont, he finds himself acting as he knows a gentleman should. Over time, the challenges and dangers of their life of exile draw them closer. They find they can express through love what they cannot in language.

Jeremy’s greatest desire is for a rescue so he can see Sanura safely to her family, whoever and wherever they are. Yet the granting of this greatest of his wishes would mean he must part with her and never see her again. When the time comes, will he be able to cast her away?

The Smalls by J. S. Frankel

Who says that size doesn’t matter? Think of it in reverse. Good things come in tiny packages.

Greg Allenby, almost seventeen, is in line to inherit his family’s cheese-making business. He wants nothing to do with it. Bored with his life in Ames, Iowa, he thinks of nothing else except getting out of his hometown and going somewhere with his girlfriend, Jenny Gillis. Anywhere will do.

Everything changes with the arrival of three minute visitors. Artan and his wife, Kelindra, and her brother, Farkas, are from the planet of Chisaka, and they have nowhere else to go.

Greg allows them to stay, and they prove to be helpful with a number of skills they possess, but soon the secret is out and everyone wants to meet the little people, including the police and the armed forces.

Worse, the alien trio is being pursued by a malevolent individual from their home world, and now Greg and Jenny, along with the various lawmakers they meet, have to do everything they can to protect their new friends. But how you can protect yourself against something that you can’t even see?

Why are you in my shower? #Excerpt from A Stolen Heart by @KayelleAllen #SciFi #MM

‹ The Trouble With Tigers by Gail Koger › Demon by Tory Richards