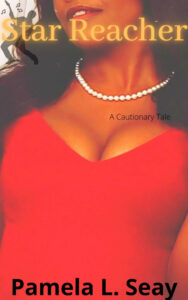 Armed with her good looks, she manipulates her way into the world of one of the top rock bands in the world ‘Death of Love’. She does everything in her power to captivate the enigmatic lead singer, Luzar. But, she also catches the eye of the lead guitar player, Craig.

With the help of her friend and rival groupie, Lexi, experience Sam’s journey as she reaches for the stars.
Will she make it, or plummet back to groupie obscurity. 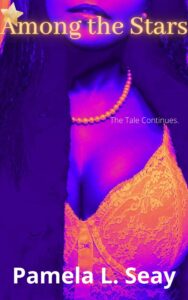 Among the Stars, Book 2: After reaching for the stars, Sam and Lexi are experiencing first-hand what life is like living among them. But, it doesn’t seem that everything is what they imagined.

Sam is living her dream life in Paris, France. But, returning to America forces her to face the pain she thought was left behind when she runs into her rival, Lexi. To make matters more complicated, Sam catches the attention of the iconic rock star, Sasha of Derelict’s Rising while on their 35th-anniversary tour.

Lexi is also living the dream in Los Angeles with her rock star boyfriend, but it’s more challenging than she expected. And after reuniting with Sam, an ambition to rise above her rival is reawakened.

Now that Sam and Lexi have what they’ve always wanted, do they still want it?

Rejoin Sam and Lexi as they continue their journey among the stars.