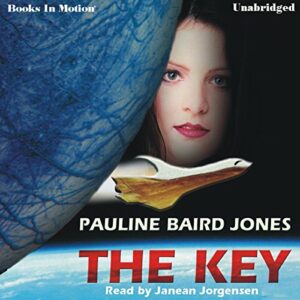 Blurb/Back cover copy: She’s a stranded pilot. He’s an alien castaway. Can their love save a galaxy torn apart by war?

Sara Donovan knew her top-secret expedition would be dangerous. But she never imagined she’d end up separated from her crew and stranded on an alien planet. When the smoke from her crash landing clears, she’s surprised to find a marooned resistance fighter ready to lend a hand. In a war-torn galaxy, Sara refuses to give her trust lightly… especially when she risks exposing the strange abilities she’s kept hidden since childhood.

Kiernan Fyn survives each day on the hope of exacting revenge on the warlord who murdered his wife. Sara is his ticket off the desolate rock to a new better future…until she’s targeted by hostile forces who thinks she holds the key to a long-lost civilization. In a fight for their lives, sparks fly as Sara and Fyn attempt to decipher their hidden connection with the powerful key before their ruthless enemies distort its power for galactic domination.

The Key is the first novel in the phenomenal Project Enterprise sci-fi romance saga. If you like interstellar chemistry, fast-paced action, and sprawling space operas, then you’ll love Pauline Baird Jones’ award-winning epic.

Buy The Key to unlock a rollicking romantic adventure today!

Visit Pauline on the web: https://paulinebairdjones.com