The StarCrossed Romances by Anne Carter

Looking to start a new series?

The StarCrossed Romances by Anne Carter

They were young, famous, and in love. Two men, one woman, caught in a star-crossed Hollywood love triangle. These are their stories of passion, heartbreak, and one tumultuous romance that would span the decades. 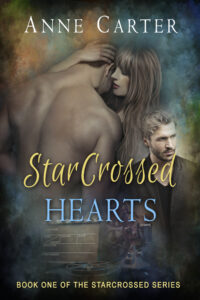 Two Hollywood mega-stars compete for the love of a starlet, unwittingly forming a
tumultuous friendship in the face of their molten rivalry.

On screen and off, silver screen heroes Dane Pierce and Cory “Mac” MacKendall are as different as cognac and Perrier, and newcomer Jessica Taylor loves them both. Despite his tantalizing green eyes and raw sexuality, Dane is not the man she thinks she needs. It is the solid and devoted – if hot-headed – Mac who wins her hand and her heart, and who must endure a lifelong challenge to keep that heart safe from Dane’s unending pursuit.

From Hollywood soundstage to the Grenadine Islands, STARCROSSED HEARTS makes a journey around the world and through the lives of some very real characters you will not soon forget. 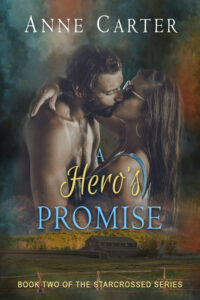 Dane Pierce is back. Once, he was able to walk away from the one woman who set his soul on fire. Now, things have changed. Dane returns to Hollywood to play the greatest role of his life: that of an old friend, upholding an impossible promise to a man who will never know if the promise is kept.

He’s a man with a hole in his life, a hole that can be filled by only one woman.
She’s a woman who married a wonderful man, quite possibly the wrong man.

Four years ago, superstar Dane Pierce walked away from the greatest love of his life for the sake of his best friend. Leaving Hollywood for the wilds of Wyoming seemed the only choice. Now, after a tragic event changes the course of his life, Dane must face the conflict between principle and desire, and struggle to uphold the impossible promise he made.

But promise or no promise, Dane cannot hide for long his desire for Jessica MacKendall in this
heart-stopping sequel to StarCrossed Hearts. 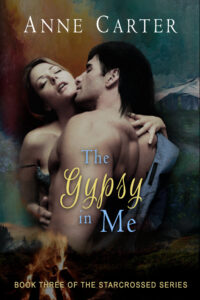 Book Three: The Gypsy in Me

The daughter of two mega-stars flees Hollywood for life with the river people of the
Bayou, expecting to lose her innocence but not her heart along the way. Has Dane Pierce set a painful course for his youngest child, an example of what not to do with your life? Some are his, some are hers; some are half-siblings, others step-brothers and sisters. Growing up the offspring of Hollywood’s brightest stars, Jessie, Dane and Mac’s kids are each special, each a little neurotic and each seeking love. Unhappy, 18-year-old Zoe Pierce flees Hollywood for life with the river people of the Bayou, a 180 from the life of affluence and privilege she’s always known. Life with the rag-tag wanderers teaches her how to do without; she also learns about love and loss, and when her young heart can endure no more, she returns to the palatial Malibu homestead in search of a new future.

When handsome and mysterious Christian Collins comes to town, he can’t decide which of the
Pierce – MacKendall women he wants more: Zoe–now Ashley–with her lonely gypsy heart, or
Megan, with her irreparably broken one. But he’s left a breadcrumb trail back to a crime he’s
trying to forget, repercussions of which threaten to wreak havoc on the lives of his new friends.
With Ashley and Megan squaring off, Christian must flee to protect those he loves and to clear

his name. Who would have thought history would repeat itself? 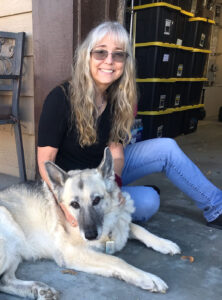 My first foray into reading romance was A PIRATE’S LOVE by Johanna Lindsey. Oh! How she made such an evil narcissist into the romance hero every girl was dying to fall for! To be fair, today’s publishers likely wouldn’t touch this book (or many others like it) with a ten-foot pole. The sex scenes were only a hair’s breadth away from rape. And there were many of them, with little to redeem the pirate captain.

But readers devoured this 1978 novel and Lindsey was touted as “The Queen of Romance.” An abundance of pirate films reinforced the notice that pirates were somehow sexy and desirable mates. From Errol Flynn and Tyrone Power to Cary Elwes and Johnny Depp, Hollywood has done its part to romanticize what history tells us were violent, hedonistic criminals.

Inspired as I was by these old books and movies, I wondered what it would be like to be an extra on the set of a pirate flick. My imaginary film was called BELLERIVE and its gorgeous, arrogant “Devil Captain” called Simon the Dancer. Decades back and forward, he could be Errol Flynn. Paul Newman. Brad Pitt. Today, he might be any of the Hollywood Chrises (Pine, Pratt, Evans or Hemsworth). Ryan Gosling? Bradley Cooper? Idris Elba? DWAYNE JOHNSON?? Your choice, my dears. For the record, for the first draft (which was a short story) I fluctuated between Paul Newman and Kevin Costner. And Harrison Ford.

The fantasy became more real as I began to write. My role, of course, would be of the starlet, the extra, the wanna-be movie star just getting her first big break and crossing paths with box office heartbreaker. I named him Dane Pierce. Dane became my book boyfriend, and I lived with him night and day as I “grew” his personality.

And Dane did grow. Through three novels (and still a fourth, upcoming), Dane travels the Hero’s Journey
with the best of them. His sincere love for Jessica interferes with his devil-may-care lifestyle; his “me
first” attitude; his disregard for the belief that he could be truly loved. It is Jessica alone who pushes his
buttons, who inspires his creativity, who lifts him when life seems hopeless.

Dane first meets Jessica on the set of Bellerive. He’s bored, and fancies spending time with the young
starlet playing a galley maid in the film. After getting to know Jess, he pegs her for a leading role in his
next film. On the day he receives divorce papers from his wife, he stops at Jessica’s house at 1:00 am to
brood.
An excerpt from StarCrossed Hearts

“I feel awful about what’s happening to you, and I’ve been thinking that maybe I could…help somehow.”
This was awkward, but Jessica felt she had to explain her behavior.

“Don’t pass it around. Teddy says being ‘sweet’ could ruin my career.”

“You can be sweet and still be…erotic.” The green eyes were coaxing, challenging; then they looked
away. He paused, appearing to gather his thoughts. “Look, Jessica…if you and I are going to have…a
relationship, there’s something you should know. I’m not, at least anymore, I’ve discovered, a good risk.
I’m not a particularly reliable…dependable…person. I can’t seem to make or keep promises like I should.”
He checked her reaction before continuing. “I’m my own person, Jessie. I’ve hurt too many people,
including myself, so all bets are off on what I’ll do next. Major disclaimer, take it or leave it.” His hands
gestured an ultimatum; his eyes were back with hers, delving, seeking her compliance. “You understand
what I’m saying, right? I could really, really piss you off.”

Jessica’s own eyes were wide with open amazement. No man had ever spoken this frankly to her before.
No presumptions, no surprises. And no commitments. But he was offering her something. Something she
wanted. She nodded in silent understanding. She didn’t care about getting hurt, or unkept promises, and
even if she had, right now she would gladly forsake all for even one kiss.

Dane sighed. Uncomfortable on the coffee table, he moved to sit next to Jessica on the sectional. He ran
his fingers through his hair, something, she noticed, he did unconsciously when he was feeling stressed.
“This divorce is killing me. I keep asking myself, is what I’ve done so wrong?” He leaned forward, looking
down at the floor. He was such a picture of despair that Jessica couldn’t help but delicately place her
hand on his shoulder in sympathy.

Dane turned slightly and stared at her for a long moment. A sublime moment. An overwhelming, heated
madness spread throughout her, born of her simple contact with his body. Dane exuded maleness like no man she’d encountered, filling her at once with both desire and trepidation. Jessica sat captured by his gaze, the discerning eyes stripping away layer after layer of her carefully built defenses…seeking her vulnerabilities, her sensitivities.

Slowly he turned and took both of her hands in his, pulling them around his neck, then slid his hands
down her arms and around her in one smooth movement. She barely had time to moisten her lips before
his were on her, exploring her cheek, her ear, her neck, her mouth…but slow. Slow, and hot, and sensual.
Any shyness she had anticipated on her own part evaporated and she returned each kiss with fervor.
Abruptly, he stopped and again stared into her face.

“You really want this, right?”

Oh, yeah. Jessica wanted it, all right. And so began a romance that would span decades and survive
some of life’s worst obstacles. But, see for yourself. For a limited time, pick up StarCrossed Hearts for
only 99 cents and begin your foray into a big, lush, Hollywood romance that stands the test of time.
Books 2 and 3 are also currently discounted!

Coming Soon:
TO LOVE A VAGABOND
Book 4 of the StarCrossed Romances