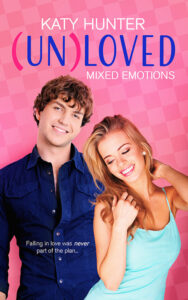 Falling in love with Gil was never Sophie’s plan, but the French mountain air, the grumpiest llama ever and her boyfriend’s loving—if liberated—family might just change her mind.

Sophie Smith—actress, influencer, in a close personal relationship with her blender—finds herself on a French mountain with a grumpy llama, a boyfriend with a bad case of commitment phobia and his sexually liberated parents.

In between getting chased around the farm by angry goats, dealing with his beautiful ex-girlfriend and fending off a Frenchman, she’s also having an existential crisis.

All she needs to do is get her boyfriend to stop quivering in fear at the L word, teach that llama to snuggle and work out what she actually wants to do with her life, then everything will be fine. Right?

I throw the last of my stuff into my bag, check around to see if I’ve forgotten anything, and head for the door.

This film is done, and with it, my life here. Not my actual life—I’m not going to die or anything—just the person I’ve become over the last few months.

The lovesick teenager. The grown woman. The friend. The colleague.

All that gets packed up in a box and reinvented for the next shoot.

Time to get drunk, get my party on and maybe make a few terrible sexual decisions before going home.

I walk out of my work trailer—about to tick off the first thing on that to-do list—when my co-star, all-around hot guy and quencher of thirsts, Gil Carter, completely throws me by being on the other side of the door, stopping me dead in my tracks.

This is not part of the plan. Damn it, G.

“Shee.” He glances down at the bags in my hands. “Oh, you’re already leaving?”

“Yeah, I wanted to get a head start on packing up.” And moving on.

In my mind he’s wearing one of those tweed jackets with the elbow patches, tight button-up jeans and suede shoes. He’s rushing to a lecture, in the rain, holding that scruffy old bag over his head to protect his unruly curls. I open the door for him, my hair held up in a messy bun by a well-placed pencil, my glasses sliding off my nose. “Oh, Professor…”

That man does impeccably good hair. He has a mass of curls softer than a kitten’s belly. They tumble into this perfect crown that I, oh, I want to run my fingers through and maybe tug at a little when the need arises.

I’ve had dreams about that hair.

Anyway…I digress. After rummaging around for a couple of minutes, he pulls out the most beautiful brown leather journal.

“This is for your private thoughts, if you need to talk but there’s nobody around. And you can write shit about people, and they’ll never know.” He runs his fingers through that infamous head of hair, still avoiding my gaze.

“What if they read it, though?” I reply, earning me a smile.

“Promise I won’t. If you promise to only write nice stuff about me.” He glances up at me and ruffles those curls again, sending my lady-parts into meltdown.

I look down at the journal. The only things running through my mind right now are the really, really dirty things that I’m going to write about him in this thing.

“You’re welcome.” He shrugs and shuffles his feet again. The silence is painfully awkward as we stand there, avoiding each other’s gazes. My mind is racing. Why did I punch him in the arm? Who does that? It’s lucky he didn’t get down on one knee and offer me a diamond ring. I might have knocked some teeth out.

Ask him out to dinner. Offer to buy him a drink. Say something… Anything.

Reaching down to open my bag, I unzip it, pop the journal in and look up. “Would you—” But he’s already gone.

I should have said, “Maybe I’ll write about all the fun things we’re going to do together.” Then I could have batted my eyelashes flirtatiously, thrown back my head, giggling in a sexy way. He would have pulled me into his arms…

But no. I went in for the buddy punch.

It’s not my fault. No, really, I don’t do flirting. Dr. K calls it “intimacy issues”. She leans back into her brown leather armchair and says things like, “Did you bond? Are you connecting with people?” My fist connected with his arm. Does that count?

Don’t get me wrong, I’m not a virgin or anything. It’s just that I don’t like touching people, or, more to the point, I don’t like them touching me. Grandma was the only person who ever gave me hugs, and she’s gone now. They were earned when I did good at an audition or won a pageant.

There is one kind of flirty thing that we’ve done. Gil’s always loved that I call him G—pronounced ‘Jee’. Like it’s our little inside joke or something. He also gave me a nickname right off the bat.

It’s our thing—or it was. It’s over now.

When I call him G, he sort of lights up, like it makes him happy. That’s the kind of nice that counts, the kind that gives a girl that fuzzy feeling inside.

There’s something very intimate about nicknames. People call me Soph—as if they can’t even be bothered to say my whole name— but when someone you’re close to creates a new, private name for you, that’s another thing entirely.

Especially when the man in question is Gil Carter—the deep-thinker, the philosopher, the person who’s kept me sane since the beginning of production.

The object of my carnal desires.

Admittedly, if you were one to judge someone by their appearance, and you were unaware of the grubby bag, you might not know what to make of him—Italian leather shoes, tailored trousers and the crispest of shirts. Even on his days off, he looks more like he’s just stepped off a Parisian catwalk than a Canadian sound stage.

G’s clothes are a whole mood, and that mood is ‘best man at a wedding in The Hamptons’.

He always has his nose in a book, and when he doesn’t, he’s napping, more often than not in my trailer. I’ve lost count of the number of times he has nodded off on my shoulder while we’ve been going over our lines, his hair tickling my nose.

I don’t mind that kind of intimacy—pure and uncomplicated. He keeps me warm and smells like bergamot—or whatever they put in men’s fragrances these days. Manly and a little sweaty. It’s a good thing. Trust me.

Like me, he’s not a people person. Except the difference is that he’s totally okay with it. I’m out here trying to be friendly and ‘normal’, and he’s just doing his thing—and totally pulling it off. There’s nothing more attractive than a man who knows what he wants and doesn’t care what anybody else thinks. I’d give anything for a spoonful of that confidence.

Our nicknames mean more to me than just words. They’re a sign of our friendship, and I count on that far more than I’ve ever counted on us getting together.

Katy Hunter lives on a mountain in France with her husband, kids and two dogs.

When she’s not writing you can find her curled up in front of the fire, book in one hand and a glass of chardonnay in the other.