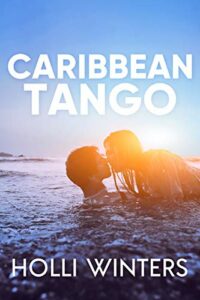 They’d enjoyed a whirlwind affair as their cruise ship sailed from port to port, but Riley Fletcher, the ship’s security agent, couldn’t forget that beautiful McKenzie Bailey was his prime suspect in a jewelry theft. Magical nights were spent in each other’s arms, getting to know each other—and the harder it became for him to turn her in.

Caribbean Tango is a short and spicy tale to enjoy!