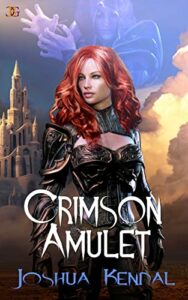 A merciless Atlantean. A valiant warrior without her force to command, and one impossible choice.

After Atlantis seemingly destroyed itself, the Raven—the famed mercenary leader of men who kept her true identity hidden from the world—must reveal herself to discover what is plaguing the city she came to plunder.

A silver arrowhead pried from a young man’s back, garish murders in the streets, a cover-up by the king, and rumors of creatures roaming the night peak the Raven’s adventurous curiosity. Alone in the city, and without her force to command, she forms an alliance with a pair of master thieves, a self-proclaimed world’s greatest tactician, and a sword for hire whose yet to be bested in battle. An attack at the city gates reveals the architect of the disturbances, the last Atlantean, and the Raven vows to put an end to his sorcerous plague.

The last Atlantean, Xanatos, has a single goal: obtain immortality as he carves out his kingdom, and he’ll use all the sorcery of Atlantis to obtain it. Now, the Raven must battle abominations the likes of which have not been seen before, and deal with her attraction to one of her motley band, Lucius. Whose chivalry gives her hope that not all men think entirely with their loins. From the corrupt city guard to the devastation wrought upon her army in the foothills, the Raven must keep her wits about her all the while keeping her heart’s passions at bay, pulling off a heist that will echo through the ages, and stopping the last Atlantean before it’s too late.