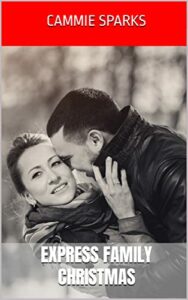 Vampires Can be Angels Too Book 2

Sammy Turtles had been a widow for over six years. Her four kids were grown and out on their own. It would be her last Christmas in the family home for her. Sammy had decided it was time to sell and move on, but she wasn’t expecting so called Saint Nick to give her the gift she never believed would come again, love. Especially, when said man showed up when she was stuffing her Christmas Eve dinner, PB & Jelly into her mouth.

Ambrosia was sick and tired of others tell her Vampires couldn’t be Angels, that no one believed her, well she would show all of them. Her one gift she could use to help others, finding other’s mates…