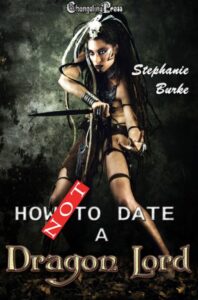 Vissar sends Alita, his Dragon Lord who speaks with his voice, to the village below with orders for the upcoming invasion. Trouble is, Alita would rather burn the village to the ground than speak with any of them.

But orders are orders and Alita, along with her lover, the runaway princess Suli, in tow must venture down to the village. Explosive secrets are bound to be revealed and Alita is forced to deal with her own painful past as a dragon sacrifice.

Meanwhile, the army is advancing, Vissar’s heat is rapidly approaching, his mate Nithe is off finalizing business in the dragon lands, and the idiot Prince Ranid keeps advancing, despite the drama unfolding in his own camp…

The Devil’s Lover by Alexa Piper