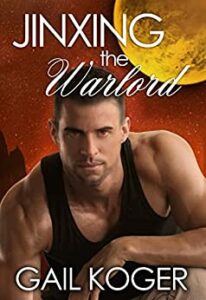 My name is Jinx Tuva. To say my early childhood was rough is putting it mildly. I grew up on the isolated mining world of Cygnus. The population was a whopping three thousand. Loneliness was my constant companion. I dreamed of having friends, meeting new species and traveling the galaxy.

Turns out Fate is one twisted bitch. She granted me my wish. It’s hard to feel lonely while caring for the three feisty, alien children I had rescued. To make things even more fun, a bad-tempered Coletti War Commander has decided I’m his. As if. Okay, he does have a great ass and his kisses are pretty awesome, but bossy doesn’t even begin to describe him.

Mallox, the most hunted villain in the galaxy, is doing his level best to take the children from me. My psychic powers are unique, but are they enough to keep the kids safe? Maybe. The only way to guarantee their safety is to mate with Caleb Jones, the sexy War Commander.

‹ New World: Stay with Me by Lily X › The Fix Up by Raven McAlllan