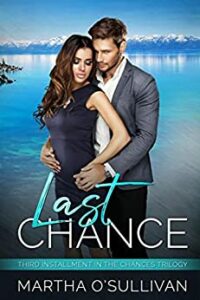 Moira Brody knows Paul Webster better than he knows himself. But neither one of them know that he is as desperately in love with her as she is with him. Still, she isn’t going to wait around forever, especially on Valentine’s Day. When Paul finds that out the hard way, he has no choice but to take matters into his own hands. He won’t lose her. Or let the past dictate the future.

But first Paul and Moira have to do something they’ve never done before—go on a date. A first date that turns into a passionate night together, something for which Moira has waited a long time. As the veil between love and friendship grows increasingly thin between them, Paul lets his guarded heart fall in love with Moira.

But it’s more complicated than that…