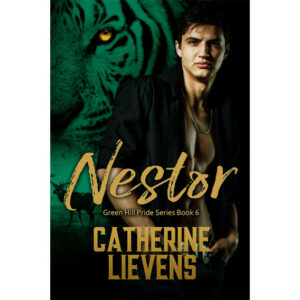 Sometimes the only solution is to stop running.

Nestor didn’t expect much when he left his parents behind because they couldn’t accept him for who he was, but when he found his brother, he also found a new home and a family.

Nestor freaks out. His parents couldn’t accept him for who he was, and he’s terrified Jordan won’t be able to, either. The fact that his mother keeps texting and threatening him doesn’t help, and neither does having to get used to living in a new town, going to a new school, and meeting new people every day. Nestor needs to stop running, but can he?

Jordan and the Green Hill pride are finally free of their old alpha, and he’s taking advantage of it. For the first time in his life, he has a new apartment and a job, and he loves both of them. He’d also love it if his mate would talk to him instead of running every time they’re in the same room.

Nestor is only eighteen, and Jordan is just a couple of years older. They’re way too young to bond, but can they be together anyway? And can Nestor leave his past and his parents behind to focus on the future he has in Green Hill?

‹ Star Reacher: A Rock Star Romance by Pamela L. Seay › Lie to Me by J.L. Wilson