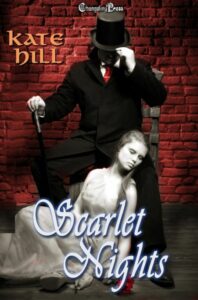 Driven by rage at the death of his family, Blair dedicates his new life as a vampire to fighting evil. But when he fails to save a family from the fate his own suffered, he retreats to endure self-imposed starvation while he immerses himself in his art.

Alone and penniless, May is hired to care for Blair’s country manor. She is soon infatuated with the handsome, tormented artist who has deeper secrets than she could ever imagine.

The mysterious New Reign is seeking additional members. Their philosophy — recruit or destroy. Given the chance to resurrect his murdered first wife and children, will Blair now sacrifice the woman he loves — his wife and blood child, May?

“This is how I see real vampires…Hamilton, Blair and oh, and Woodrow. Protectors who live in the shadows that deal with the truth of who and what they are with no shame. It took 158 years for the love to spark and when it did… whoo boy.”