Search and Rescue by Lucy Felthouse 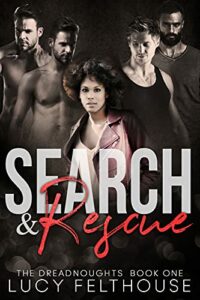 PLEASE NOTE: Search and Rescue has a cliffhanger ending.

Search and Rescue is the first book in The Dreadnoughts reverse harem romance series.