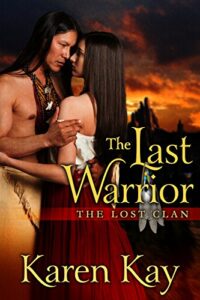 Their sweet harmony could tame the wrath of a god… or separate them forever.

Black Lion was sent into the real world to break the curse that dooms his clan to a half life in the mists. Yet no matter how many times he has shown an enemy mercy, the Thunderer’s spell remains intact.

In his beseeching prayers, he hears a song that leads him to join Buffalo Bill’s Wild West Show on its travels to London. There he encounters the daughter of two opera singers—the most beautiful woman he’s ever seen. A woman already engaged to another man.

Months later, Suzette Joselyn travels to America, a woman changed. Friendless, abandoned by her former fiancé—and pregnant—she finds it impossible to refuse the gentle Lakota Sioux’s proposal to save her child from being born a bastard. Even if it means flashing a pistol to force a reluctant parson to marry them.

Yet her brave new husband is consumed with a mission that may force him to choose between his people and the woman he loves. For the Thunderer is waiting, watching for the perfect time to work his evil deed.

Warning: Sensual scenes that may make you want to make a little sweet music with the one you love. Happily ever after could ensue. Don’t say we didn’t warn you.

The Starling by Kristy McCaffrey