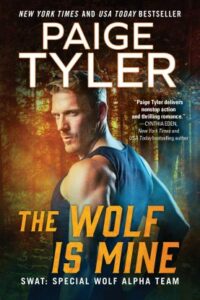 What can a werewolf do to win the woman he knows is his fated mate?

Werewolf Connor Malone and his SWAT team are in San Antonio looking for their teammate. But Connor can’t stop worrying about his cat who went missing the morning he left Dallas. His furry friend has been by his side since he found her a year ago, and the fact that she’s disappeared is weighing on him. Things get much worse when he and his team realize they’re up against a powerful creature they might not be able to defeat…

Back in Dallas, Connor’s feline friend turns out to be the powerful woman who introduces herself as Kat Davenport…a witch who needs the SWAT team’s help to defeat the wicked warlock who cursed her. And when she and Connor are thrown together again, there will be no denying the connection they already share, and the white-hot chemistry that sizzles between them.

‹ Bloodstone by Rebecca Henry › Flaw in the Defense by Tarina Deaton