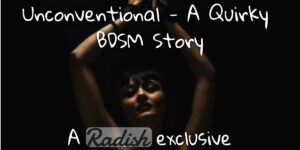 Penny’s being punished for doing something stupid. But will her punishment turn out to be the best-ever reward?

Penny was caught out in the wrong place, at the wrong time. As a recently graduated law student, the brush with the law could put an end to her career before it’s even begun. But thanks to her lawyer daddy’s contacts, she’s been given a second chance. A chance to redeem herself and make her stupid behavior go away.

Which is how she ends up working in a soup kitchen, preparing and serving meals to those who are having a rough time of it. She’s not keen on the idea, and when she meets Maddox, the guy in charge, she’s even less keen. A tall, skinny, mad-haired, tattooed guy, Maddox is the sort of person Penny would normally cross the road to avoid. But once she gets to know him, she starts to see things differently. He’s had a checkered past himself, and has now put it behind him, and enjoys a glittering, prosperous career as a top chef.

Maddox may have unconventional looks, but Penny quickly grows to like him, and, much to her surprise, finds herself attracted to him. He’s a lot older than her, and their lives are at completely different stages, but in spite of this, there’s an undeniable connection between them.

When Maddox makes Penny an unconventional offer, will she have the courage to take him up on it? And if she does, where will it lead?