Under His Dominance by Jasmine Hill 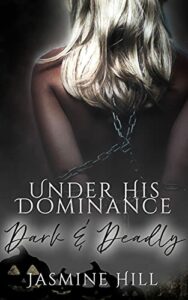 Can he keep her forever, under his dominance?

Asmodeus is the Archdemon of lust. Ever since he became a fallen angel, he’s been walking the earth, inciting and encouraging lust and lechery amongst mankind. In his guise of Barrett Lord, he rules over an empire of clubs that cater to the lustful urges and fetishes of humans.

Arianell is special and Asmodeus wants to keep her, but to do so, he’ll have to risk everything. Will she agree to his plans? Or will he lose her forever?

‹ Sweet Bitterness by Tricia McGill › A Hoard for Flame by Lorelei M. Hart