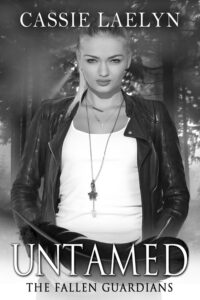 As each piece in Fate’s twisted plan locks into place, she raises the stakes…

Slice, dismember or maim, Raine forges powerful weapons for any purpose. When her most lethal creation falls into enemy hands, she’ll cross every forbidden line to retrieve it. Including, teaming up with a wicked Fallen who makes her blood boil. If the mortal realm didn’t depend on her, she’d behead him.

To secure his soul’s freedom, Slater must first endure Hell. Literally. Until his plan goes up in hellfire when he loses his only bargaining chip—a deadly weapon crafted by an angelic killer. Now, he must convince her to become his ally. Immortals fear her…but he loves playing with fire.

As their passion and hate collide on the battlefield, these two ancient enemies must join forces to save the world…unless they kill each other first.

‹ Sink or Swim by Annabeth Albert › The Sparrow by Kristy McCaffrey