Until Death by Delaney Diamond 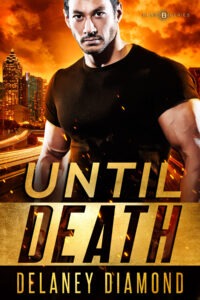 The best-laid plans can still go awry…in the most terrifying way. Shanice Lawrence is hiding, but she soon learns that everything she’s been told has been a lie. After she and Cruz finally reunite, she’s happy and content in the life they’ve built together. A normal life, far from the turmoil of the past. But then the unthinkable happens, and she’s thrust into a nightmare she didn’t see coming. When Cruz Cordoba finds Shanice alive, he vows to never leave her again, and for a while, life is good—a far cry from the violence and chaos he’s used to as a Plan B assassin. Unfortunately, a deadly force won’t leave the couple alone.

In the end, Cruz has no choice. Kill, or be killed.